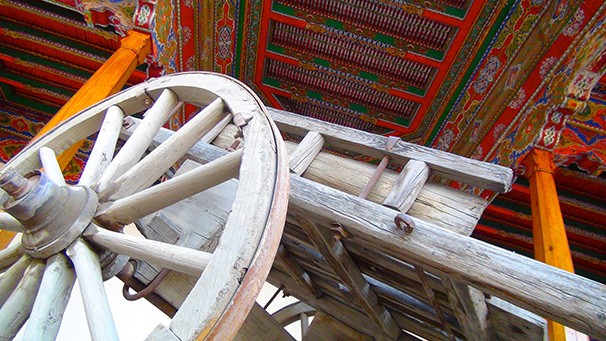 Margilan Crafts Development Center is located in the city of Margilan, Ferghana Valley of Uzbekistan. Located on the caravan routes of the Great Silk Road, Margilan was once an important venue for commerce and cultural exchanges. Since III century AD, masters of Margilan continuously worked on improvement of silk fabrics, which, at the time, were delivered by merchants to various destinations in Europe and Asia.

The Crafts Development Center was established in 2007 in Margilan in cooperation with UNESCO Tashkent Office. Its main aim is revitalization, safeguarding, development and transmission of Uzbek traditional atlas- and adras-making. The Government provided with the restored building of Sayid Akhmad Khoja madrassah, which is now home for the center. Following masters represent the Margilan Crafts Development Center: Rasuljon Mirzaakhmedov and Rakhimjon Mirzaakhmedov (9th generation representatives), Alisher Akhmadaliev and Makhmudjon Tursunov (3rd generation representatives), Sherzodjon Goziyev (2nd generation representative).
Today more than 500 skillful masters are dealing with adras, beqasam and ikat weaving in Margilan. Approximately 3000 people, representing the families or apprentices of masters, are involved as assistants. Masters of the Center contributed to revitalization of different aspects of ancient ikat making and natural dyeing as well as other textile schools. Among them it is possible to mention the old design of Bukhara silk-velvet ikat – “A’lo Bakhmal”, for which Rasuljon Mirzaakhmedov was awarded UNESCO’s “A Seal of Excellence” (2005).
The Center concluded a cooperation agreement with National Crafts College located in Margilan. This allows organizing practical sessions for about 100 young people annually on learning the secrets of ancient atlas- and adras-making, technologies of natural dyeing, to enhance their skills and creativity.

END_OF_DOCUMENT_TOKEN_TO_BE_REPLACED 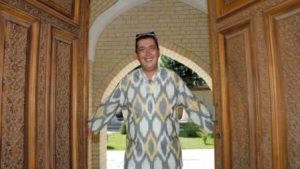 Mirzaakhmedov Rasuljon Turgunbaevich – a representative of the 9th generation of the master of ikat fabricsSince March 2007, he has been the head of the Crafts Development Center at the…

END_OF_DOCUMENT_TOKEN_TO_BE_REPLACED 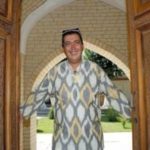 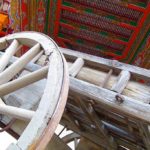 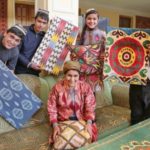 Our Dreamy Vacation is Very Sweet

How To Wear Leg Pants And Look Good Doing It

Your New Go To Summer Shoe Arrived At Everlane

It’s My Passion! A Colourful Way Of Life!

Top 10 Cool Ways to Wear Your Jeans This Spring